What is Smurfing in gaming?

The term ‘smurf’ is used in gaming to describe a player in an online game that creates a new account to play against lower-ranked players, however, it can be used as an all-around term for describing a player who uses an alternate account or multiple accounts.

It’s called smurfing due to two very good players in a game called Warcraft II. Players would simply avoid playing them if they saw their usernames, so they created new accounts to combat this, choosing “PapaSmurf” and “Smurfette” and the term has stuck since.

What is Smurfing in banking?

A smurf in banking is a money launderer that aims to avoid attention by breaking large transactions up into multiple smaller, less suspicious transactions. These are also generally spread over many different accounts.

It’s somewhat unclear why it's called smurfing, but the general belief is that it comes from illegal drug manufacturers who use multiple accomplices to avoid legal limits and suspicion when purchasing drug components.

There are different types of Smurfing in banking. In addition to Money Laundering, there are also specifics like Money Mules and Cuckoo Smurfing.

Money Mules are people who provide their data to criminals to allow them to carry out specific tasks. This is usually done by the Money Mule to earn money and can include something like opening a new bank account and giving someone else full access to it, or processing certain transactions.

Meanwhile, Cuckoo Smurfing is a Money Laundering method that aims to make money appear to be generated through legitimate sources. This can be done by splitting up large transactions into smaller ones through third parties, or ‘cleaning’ money through a variety of ways, for example, exchanging it into chips at a casino and later refunding it.

Both of these methods come under the Smurfing umbrella, as money is distributed to a range of third parties in an attempt to launder it.

Why Smurfing is looked down upon in Gaming & its impact on platforms.

Smurfing is looked down upon, and sometimes outright hated, due to its overall negative impact on just about any game. When Smurfing, high-level players generally face off against new or lower level players. This means matches are one-sided and create a negative experience for the players facing Smurfs, as they’re battling someone way out of their league and stand no real chance of winning, or even learning anything from the match.

Facing a Smurf can leave players frustrated, angry, or even feeling hopeless as the lower-level players have nothing to gain, but still lose time and potentially ranking points, depending on the game.

This all also applies to competitive gaming platforms, but to an even greater extent. Smurfing is prevalent on some platforms, especially ones where real money is at stake. These are usually split into leagues, ranked by player skill, and due to the difficulty of stopping Smurfs, platforms may see prizes go to Smurfs, rather than deserving players who are battling at the correct level.

If this is the case, it can discourage players from using the platform, as fair competition is key to a fun and competitive environment. A platform filled with Smurfs will generally lose users over time, as players will seek a place with fair competition, so stopping Smurfing is vital.

In what kind of games does Smurfing have the biggest impact?

Smurfing is most detrimental (and most common) is competitive games and esports titles. This includes all the major games like Counter-Strike, League of Legends, Dota 2, Call of Duty, and many others.

In these and other games, Smurfing happens both in the in-game matchmaking system, which aims to pair players of similar skill together, and competitive platforms. It’s also somewhat common in amateur esports tournaments, where small amounts of money is at stake and the events are run with a very small budget, or even by volunteers, meaning it’s difficult to implement anti-Smurfing procedures.

Smurfing has the biggest impact on these games due to their competitive nature, as well as esports scenes. Players play for ranking points and sometimes cash prizes, so losing to a Smurf has a big negative impact, as there’s little players can do against Smurfs, meanwhile, Smurfing allows players to easily gain points or win cash prizes.

Is Smurfing a bannable offence in gaming?

Rules range from game to game. Some games, like Fortnite and Rocket League have taken a serious stance against it and it is against the rules. Meanwhile, other games allow it, relying on their matchmaking systems to take care of it.

Smurfing happens for a few reasons. It can be due to high-ranked players having to wait too long for a game at their rank, or wanting to play with their friends who are lower ranked. However, there are also more malicious reasons, like high-ranked players wanting to dominate new players, or even throw abuse at players without putting their main account at risk.

Overall, it is heavily frowned upon in just about every game, meaning negative stigma and community pressure may lead to it becoming a more serious offence in gaming as a whole in the future.

Could 2-step verification be the answer to smurfing?

A more strict verification method is definitely a step forward to reducing smurfing in games. A big reason smurfing is so popular is because it is so easy, for some games all it takes is creating a new account, which can be done in seconds.

A proper verification system like tying mobile phone numbers, or directly verifying players through automated ID verification methods for gaming would definitely reduce the number of smurfs. Some players could still get past it by buying a new sim card, or using a friend’s details and ID to make an account, but verification still puts a significant barrier to entry for smurfing, which currently greatly benefits from high ease of access.

How to prevent cheaters with AI-powered identity verification.

Keep your gaming experience secure and fun for both you and your players. Read our new esports Guide now! 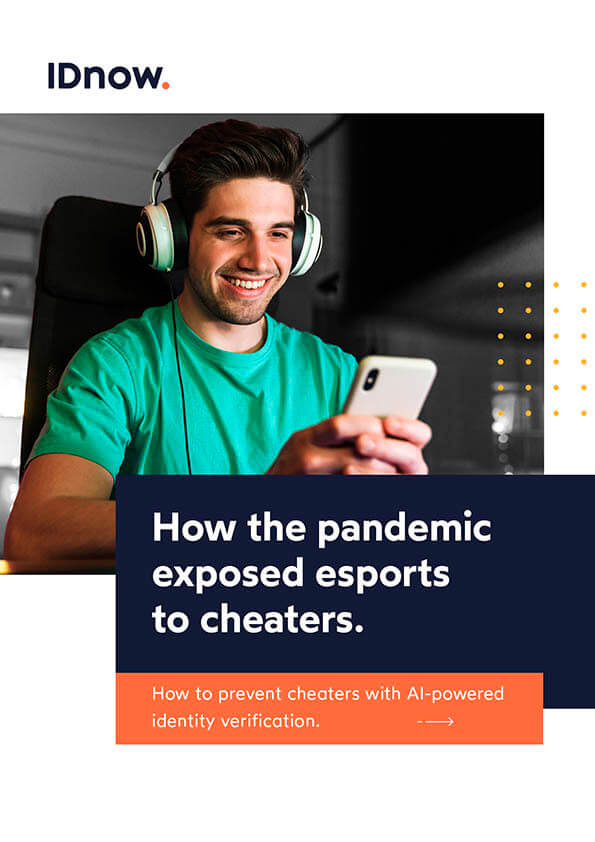